« If any town should engage in rebellion or mutiny, fall into violent factions, or refuse to pay the usual tribute, the king has twomethods of reducing them to obedience. The first and the mildest course is, by keeping the island hovering over such a town, and the lands about it, whereby he can deprive them of the benefit of the sun and the rain, and consequently afflict the inhabitants with dearth and diseases: and if the crime deserve it, they are at the same time pelted from above with great stones, against which they have no defence but by creeping into cellars or caves, while the roofs of their houses are beaten to pieces. But if they still continue obstinate, or offer to raise insurrections, he proceeds to the last remedy, by letting the island drop directly upon their heads, which makes a universal destruction both of houses and men ». Jonathan SWIFT

Reify : Turn into an object – a living being, so as to exploit it, is the historical method used by any class society. To achieve this, social control is initiated to impose this commodification. Until now, however the control system was subject to a more basic operating mode.

Whether it is to exploit motherhood, brute force, manual and intellectual skill, reification had two purposes : Reduce the exploited living being (female genitor, slave, worker) to its social function, for the greatest benefit of their masters, and make them feel better (Reefer to all the theories on – gender, race… – that have been produced to justify the inferiority of the dominated).

The power in the masters’ hands is no longer derived from the number of female genitors, number of slaves, number of workers, and capital that may arise therefrom, but from the increase control on the « elementariat » (reified living beings ). These elements are classified into sub-groups set out by their degree of freedom, which contribute, depending on their function, to the effective operation of the cyber production system.

The contradiction in this method of production is that this degree of freedom must always decrease (Gripping compression) so that the system remains stable hence its perpetual and nihilistic headlong rush (b). The power is less and less given by the sole possession of capital ! The control of the information system (Journalists in the broadest sense of the term) and of the repressive system – a combination of the police force strictly speaking, some branches of the armed forces, special services, and all the new social work officers – They all serve the purporse of this power.

(a) With this feature that the system only seems to survive itself by collapsing, by violently shaking : this newly created chasm somehow acts as its main driving force and serves as pleasure principle for nihilists.

(b) We are witnessing with the Covid-19, an attempt to crush the so-called infra-political by James Scott. It is hoped and obvious that it will build up again. 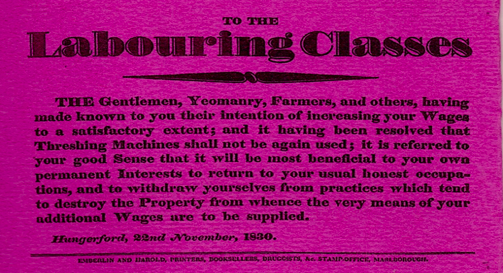